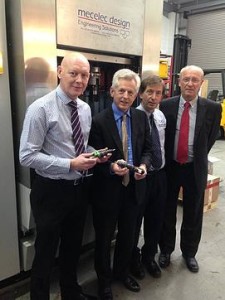 The City MP said ‘Here’s a world class engineering design and manufacturing company based here in Gloucester and now, with UKTI’s help, rapidly increasing exports and job opportunities. Four years ago our engineering businesses were on their backs: today they’re short of engineers. We have much to celebrate and I want to see how Mecelec Design Ltd has done it’.

During Richard’s visit, Mecelec Design Ltd in the Waterwells Business Park will brief him on its bespoke engineering solutions for sectors like automotive defence, aerospace and food processing, with nearly £1m of recent wins in eg Brazil and Denmark with the help of UKTI’s Gateway to Global Growth program.

Neil Pearce concluded: ‘the outlook is encouraging. We’re looking forward to more export business from our Gloucester base and welcoming new colleagues as we expand’. Gloucester’s MP said ‘this is SME engineering and manufacturing in Gloucester on the UP. Mecelec Design Ltd has recently taken on seven new employees and now has a staff of thirty. Exporting is the way forward for them, for the city and for our country. I look forward to seeing how we at UKTI can help Mecelec Design Ltd access other new markets’. 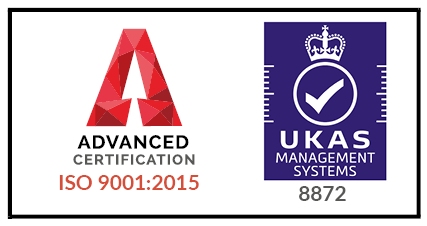